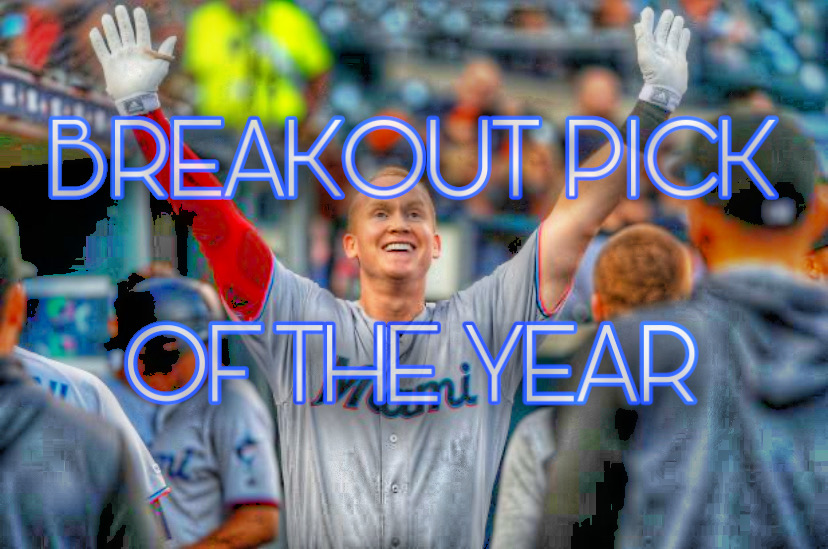 The Marlins and Dodgers have a lot of recent history. Just look to Marlins current manager Don Mattingly, and it’s easy to see why. He brought with him past Dodgers like Yimi García, Miguel Rojas, and others before. They also were the biggest feel good story of the year with their surprise leap in the standings and signing of the first woman GM in MLB history, Kim, Ng.

Now we think the Dodgers and Marlins are once again poised to help each other out. The Marlins made a flurry of moves today, but still have one hole they haven’t been able to fill. Same goes for the Dodgers. Even though both these teams could technically make as little as 0 more moves and compete in 2021, it’s unlikely. The Marlins want a left handed outfield bat, while the Dodgers want a right handed infield bat.

We think Garrett Cooper is poised for a breakout in 2021 and want to see that happen in LA a lá Turner style. As for the Dodgers, they have a gluttony of left handers to tempt the Marlins with. So we’re going to breakdown everything from why we think Cooper is about to breakout, to our trade proposal, to how he would fit with the Dodgers.

Garrett Cooper is a 6’5″, 235 lbs, 30 year old, utility player. A Torrance, CA native, he was drafted in the 6th round of the 2013 draft by the Brewers. His primary position is the replaceable 1st base, however he plays an excellent corner outfield as well.

He was never a highly rated prospect, but he hit well enough to bounce around systems in various trades. He hit typically for plus average, decent on-base, and added to his power almost every year.

He was a slow developer but it all blossomed in 2017, the same year he would make his debut with the Yankees. That year he would slash a ridiculous .359/.423/.634 with 90% of those at bats coming from AAA. He lowered his strikeout rate to a career low. It was enough to earn him 43 at bats with the Yankees that year. He didn’t disappoint slashing .326/.333/.488 in his first taste of the majors.

In a swindle, the Marlins somehow got Cooper and Caleb Smith for nobodies from the Yankees. Since then Cooper has bounced between the minors and the majors with Miami. He would do nothing for them at the major or minor league level in 2018, but he would breakout as a starter in 2019. He only had 13 minor league at bats that year with an OPS of 1.548. He hasn’t been sent down since.

Statcast says he should’ve been even better. They have him no lower than the top 13% in any of the expected slash statistics. He was in the 95th percentile in expecting batting average. Statcast has his expected line at .304/.368/.521. He was at least average in run value against every pitch type he saw last year.

He’s taking more pitches than ever. Cooper swung at only 40% of pitches. As a result, his zone contact rate is at a career high, 3% higher than the MLB average. His chase contact rate is well above average as well.

His whiff rate hit a career low in the good way. His average exit velocity hit a career high breaching the 90 MPH barrier. He had the best sweet spot % since his fantastic rookie 2017.

Defensively, he’s been perfect in his few hundred corner outfield innings. Not a single error, granted that doesn’t mean he’s making plays other outfielders won’t. At 1st he has over 800 innings under his belt and only 3 errors for a .996 fielding %. Even the best 1st baseman muster only a couple points ahead at .998.

Yet, Cooper finds himself without a role in this Marlins organization as they try to add a left handed bat. They have the big man Jesus Aguilar at 1st base without a DH in sight at the moment.

They’re looking for a left handed bat for the outfield meaning they don’t see Cooper out there next to Marte in Center. He’s not even listed on the right field depth chart for the Marlins. Even if Cooper could try the other side of the infield, he would have to beat out possible the Marlins best all around player in Brian Anderson.

Overall, without a DH, Cooper is nothing more than the day off guy for guys like Aguilar.

Cooper could fit in as the everyday right handed 1st baseman for the Dodgers. The combination of Lux, Seager, Muncy, and Taylor are more than capable of filling in 2nd, SS, and 3rd everyday.

At the very least, Cooper would be an excellent right handed specialist to add to the Dodgers lineup when they need righties. His ability to play the outfield makes him even more attractive for the utility-loving Dodgers.

Last year he slashed .350/.395/.775 against left handed pitching. Granted in 2019, he had reversed splits. In his career he actually hits lefties and righties at about the same above average frequency.

As for the Marlins, they get two possible chips for the price of one they apparently don’t see in their lineup. Matt Beaty is a versatile left handed bat that thrives when he’s getting consistent at bats. If not, he has a brief history of being incredibly clutch off of the bench.

The other piece is Dodger’s 29th ranked prospect, Cody Thomas. Famously known as Baker Mayfield’s backup in college, he took the baseball route instead. Now, he is a big 6’4″ left handed outfielder who showed up in the original 2020 spring training. He’s ready for a shot in the bigs and has the kind of power that can still play in Miami.

Garrett Cooper is looking to breakout. Someone just needs to give him the opportunity. And for the price of $1.9 million next year, he’s a bargain if you let him play, but expensive if he’s only getting 150 ABs. It would be nice to see a win-win trade between these two teams again. It seems that both have a little extra of what the other team needs.